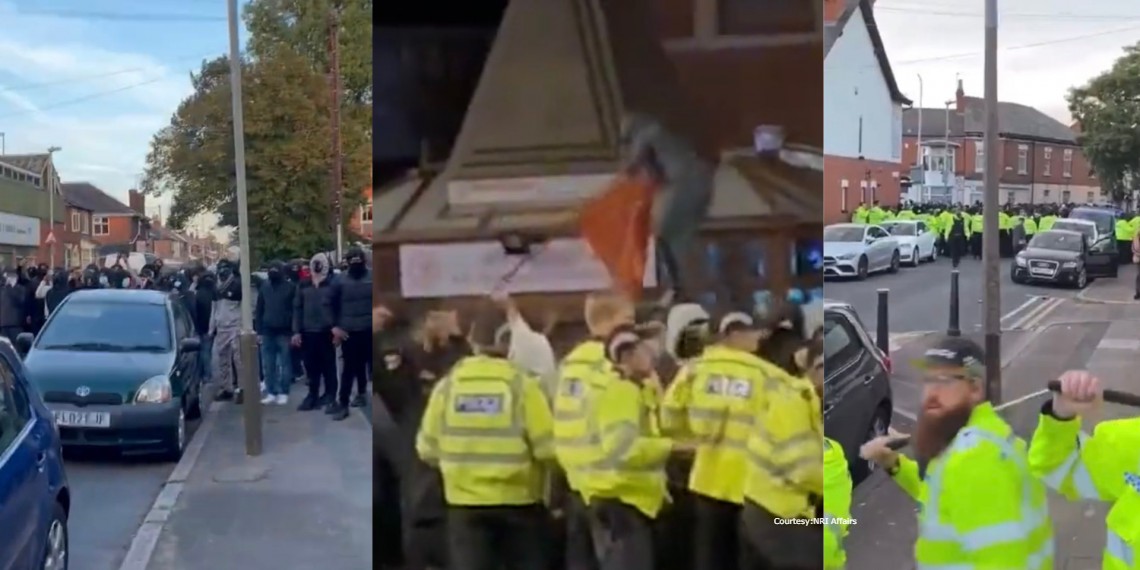 Violence erupted in the Hindu and Muslim groups in the UK for the third time since august 28. The violence started when one group started an unplanned Protest and the other group joined them. The police came in between the groups to prevent the matter to intensify further. Hindus could be heard chanting Jai Shree Ram while Muslims were heard saying, Allahu Akbar.