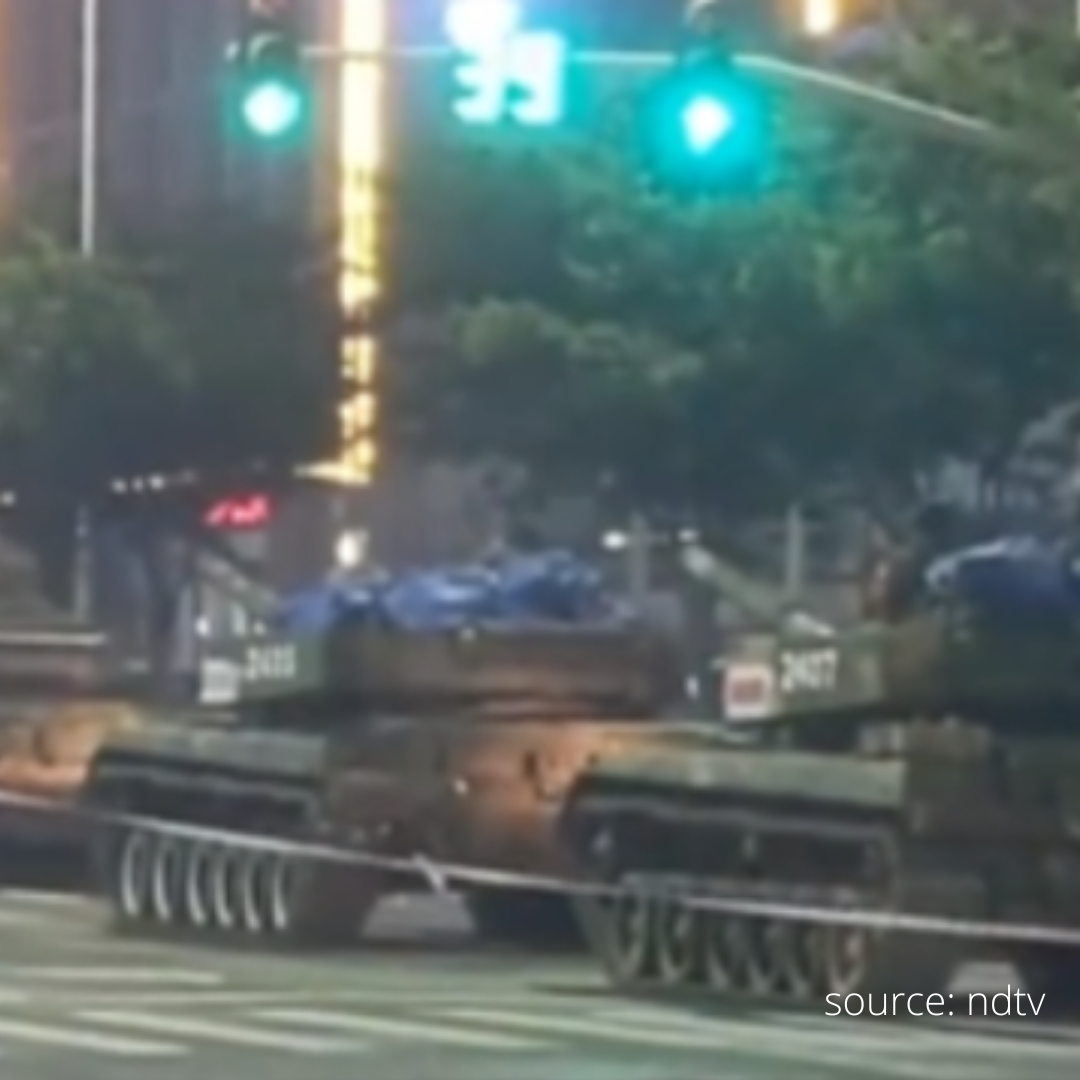 Visuals of the tanks on the streets of China, provinces are worsening their banking crisis and have led to alarms from Beijing watchers on the Internet. The numbers have already shown up in a bleak scenario. The latest GDP data revealed that China is seeing the slowest economic growth since early 2020. Several clips of tanks have been deployed outside the banks in Henan province that have brought back memories of the brutal crackdown in 1989.