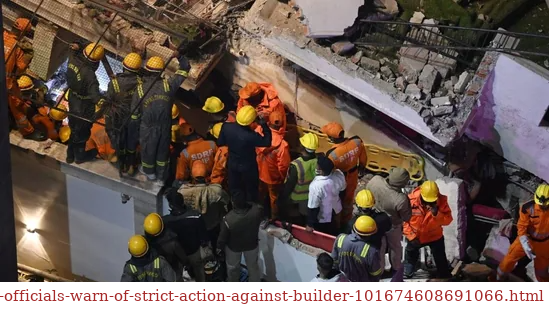 In a Residential Building that collapsed in Lucknow police Arrested three people on Wednesday. The injured people in this collapse have been sent to the hospital and 15 people were rescued from the collapsed Building. DGP DS Chauhan had earlier quoted that they had some efinite clue that at least three people are still trapped inside.

“Operations will go on for at least five hours more,” he told Hindustan Times.