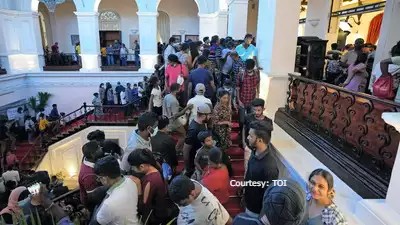 The protests erupted in Srilanka due to the economical crisis and reached 100th day on Sunday. The result of these protests is that the Srilankan president flew from the country and subsequently resigned. It is being said that it was due to his mismanagement that Srilanka has to face such a crisis. The Campaign to throw the president from his post started through various social media networks.