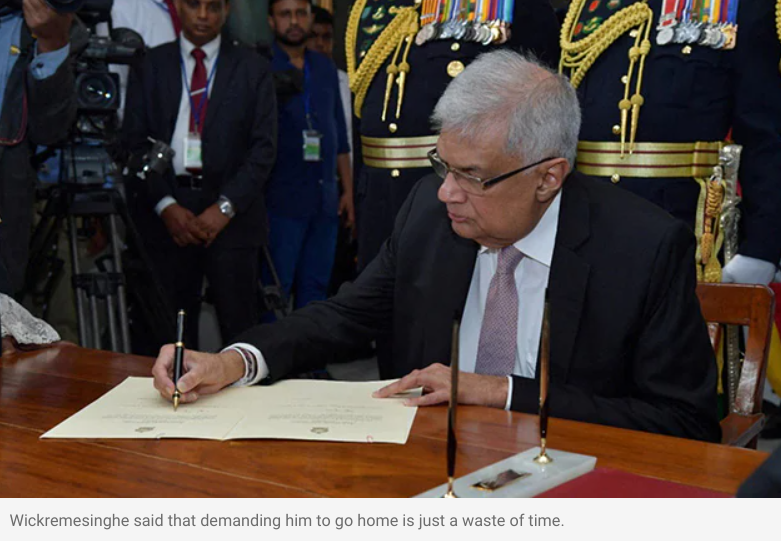 On Sunday, Sri Lanka's currently elected President, Ranil Wickremesinghe said that there is no point in demanding that he "go back home" as he has no home left to go while referring to all the threats he had received from the protestors. He was speaking about this in Kandy, a city in Sri Lanka, Wickremesinghe also said that some people have threatened him to stage protests, demanding that he goes back home as Colombo Gazette reported.