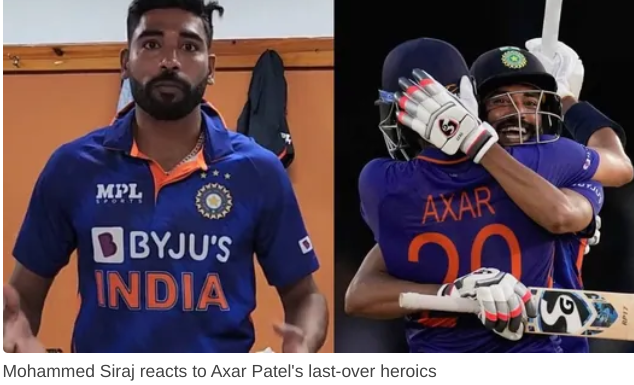 Despite the West Indies dominating the major part in the defense, Shreyas Iyer and Sanju Samson's full effort along with the contribution from the lower order brought down the game to the last over in the second innings of the ODI in Port of Spain, on Sunday. Axar Patel was entirely left to himself with Mohammed Siraj at the end of the inning and Yuzvendra Chahal was seen waiting in the dug-out. Following the series of victories, Siraj will shed some light on the