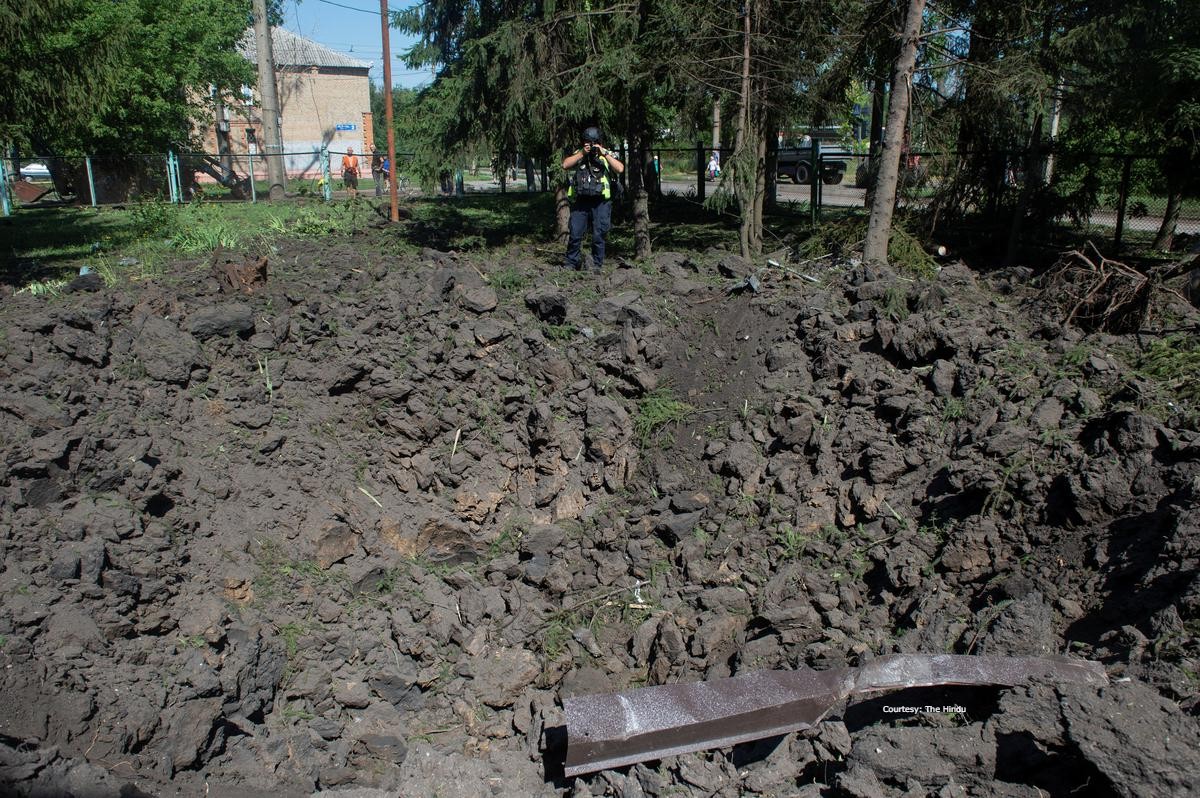 In the ongoing Russia-Ukraine conflict two people died in Nikopol after the heavy shelling from Russian soldiers. The two dead bodies were recovered in the rubble. As per the officials 53Grad rockets were fired from Russian side. While in north east Ukraine Russia attacked through missile in the early morning hours that killed three people and wounded 3 more.