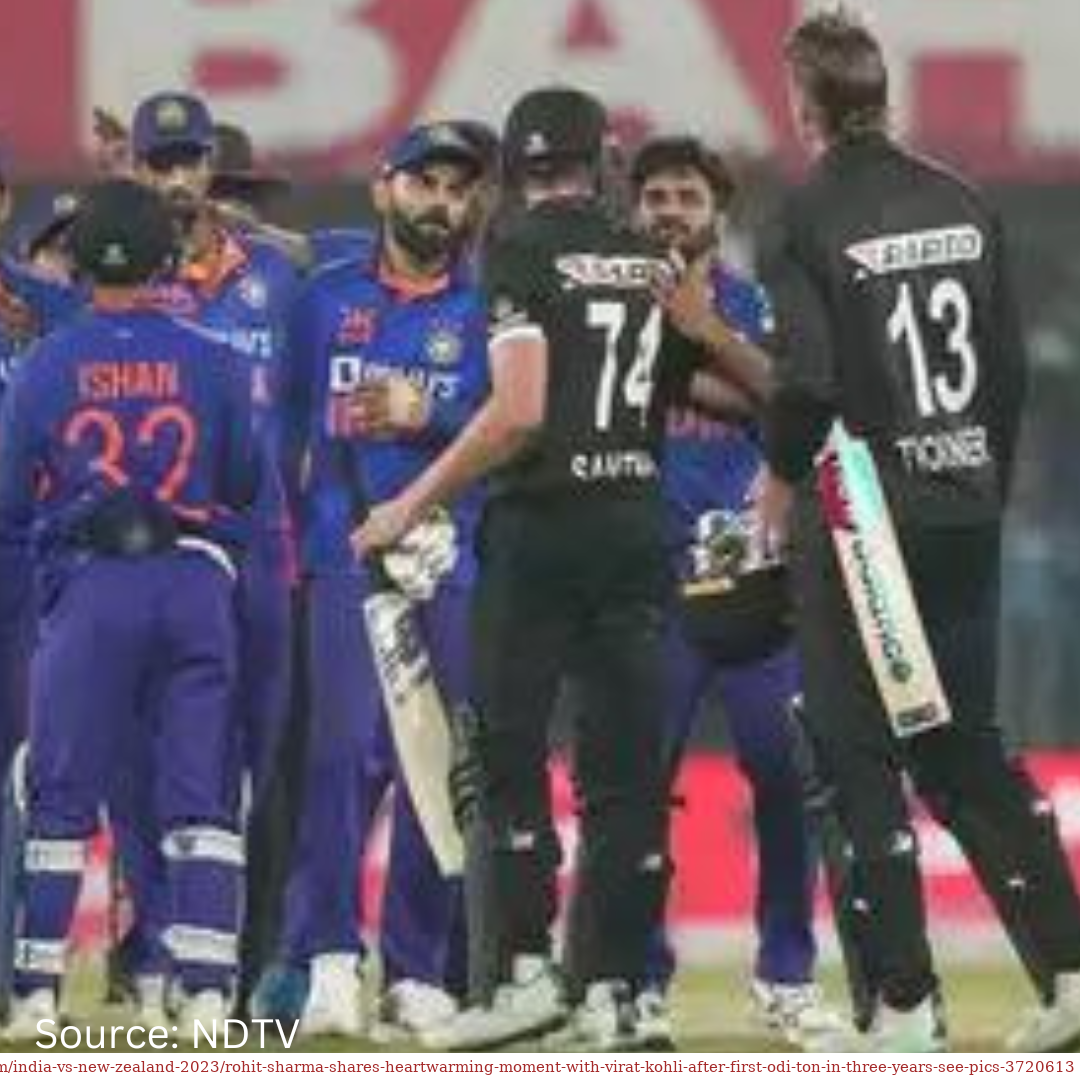 Indian Cricket/>Cricket fans worldwide were elated to witness a heartwarming moment between two of the team's most celebrated players, Rohit Sharma and Virat Kohli, after the Former scored his First ODI ton in three years. Rohit Sharma, who scored an unbeaten century in the First ODI of the three-match Series against South Africa, was seen sharing an emotional hug with his teammate and skipper Virat Kohli at the end of the match. The Mumbai Indians skipper scored an unbeaten 115 off 126 balls in the match, helping India Post a mammoth total of 303/6 in their 50 overs.