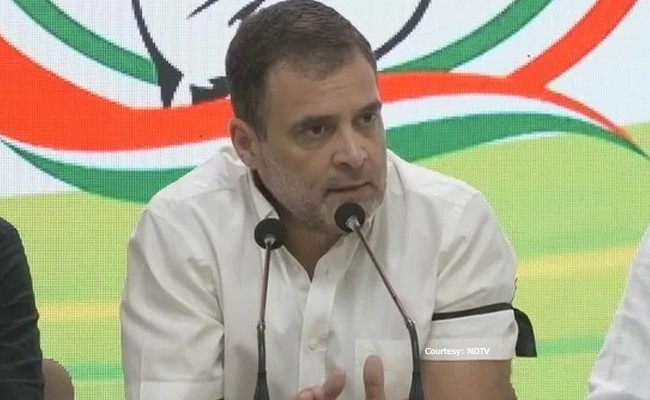 Rahul Gandhi said on Wednesday that shopkeepers were forcing the ration card holders to buy the national flag. He further blamed BJP that it is selling nationalism and hurting the self-respect of people.

"Nationalism can never be sold. It is shameful that while giving ration, poor are being asked to cough up ₹ 20 for the tricolour," Rahul Gandhi said.