Rahul Dravid Interrupted the Reporter giving him a blunt response 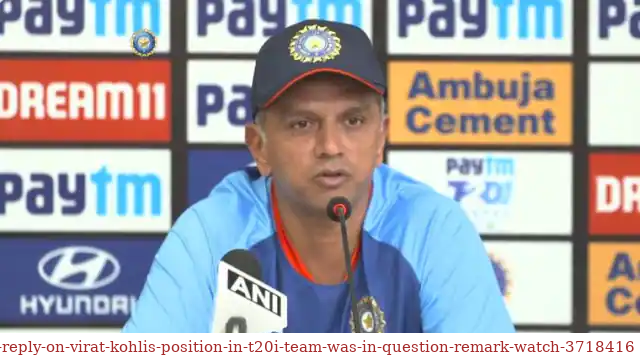 Indian Cricket/>Cricket legend rahul Dravid recently made headlines after he interrupted a reporter during an Indian Super League Event in Mumbai. The reporter had asked Dravid about Virat Kohli's position in India's T20I team. Dravid responded with a blunt response, saying he did not want to comment on the issue and that it was up to the team management to decide. The reporter persisted with the question, asking if Kohli should be included in the team. Dravid again told the reporter that it was not his decision to make and that he was not in a position to comment on the matter.