Queen Elizabeth children and grandchildren seen around the coffin 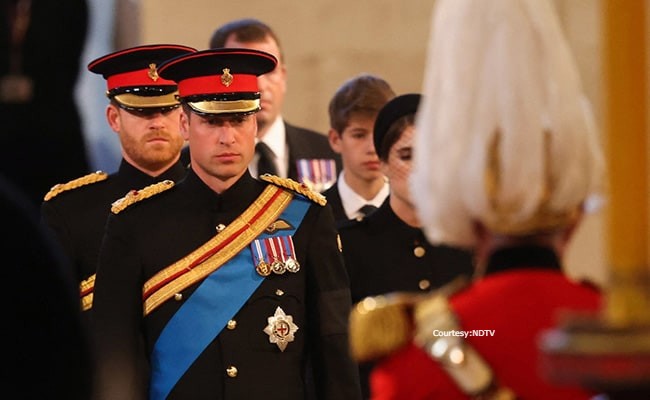 Prince William, Prince Harry, and their cousins could be seen standing around the coffin of Queen elizabeth at Westminster Hall in order to honor the Queen, the longest-serving monarch of Britain. Prince William and Harry are the sons of King Charles III. Princess Beatrice and Eugenie daughters of Prince Andrew and Peter Phillips and Zara Tindall children of Princess Anne and Prince Edward were also present there.