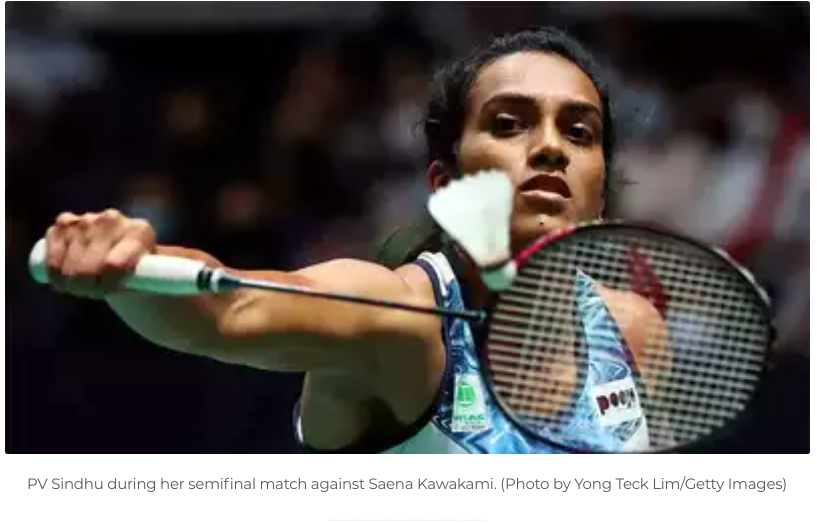 The two time Olympic champion and one of the most loved badminton players of India, has once again shown her game in the current badminton championship going in Singapore! She made a dominating performance in the semi final against a Japanese badminton player and now sails into the final! Sindhu is just 1 win away from making her 500 wins for India as a badminton player. As she played in the last game, fans say she’ll lift the Singapore championship.