Nato sends invitation to Sweden and Finland to join them 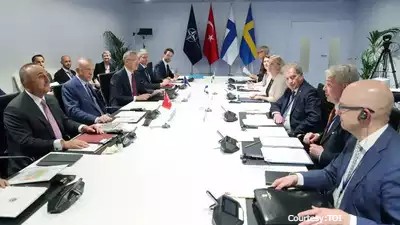 Nato has sent an invitation to Sweden as well as Finland to join hands with them on Wednesday. During the NATO summit, the 30 allies agreed Russia is the biggest threat to the security of the allies. It was also said that after the veto power was removed from the two countries, they were invited to join hands with Nato.