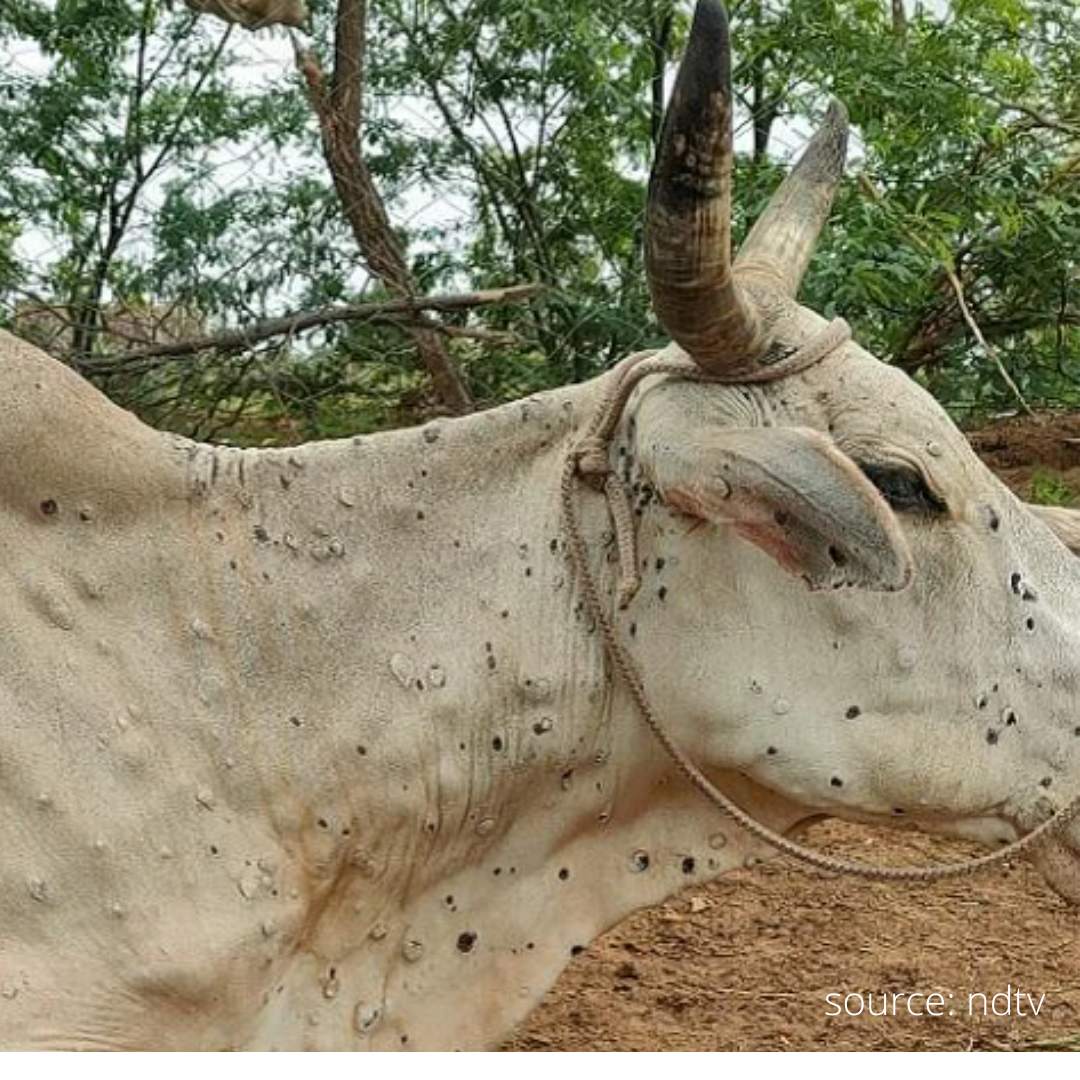 Gujarat has been reported a major drop in Milk production with around 50,000 liters a day as the cows hit by deadly lumpy skin disease (LSD) having taken a toll of over 1,800 heads of cattle within just four months and is also affecting nearly 70,000 cows around 22 out of 33 districts, even as in a late response from the State Government that has launched a frantic vaccination drive. On Thursday, According to the latest numbers, the Government had even vaccinated over 15 lakh heads of cattle.