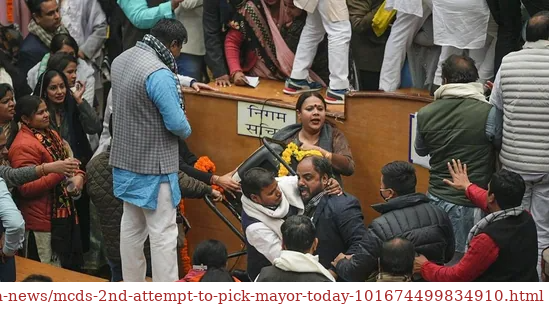 There will be more attempts in Delhi to elect the mayor. This is just three weeks after the Meeting ended with clashes between councilors of AAP and BJP. The AAP had earlier win 134 seats in municipal polls in December has Shelly Oberoi as candidate and deputy contender Aaley Mohammad Iqbal. BJP has Rekha Gupta as a candidate for mayor and Kamal Bagri as deputy.