India became the No.1 ODI team 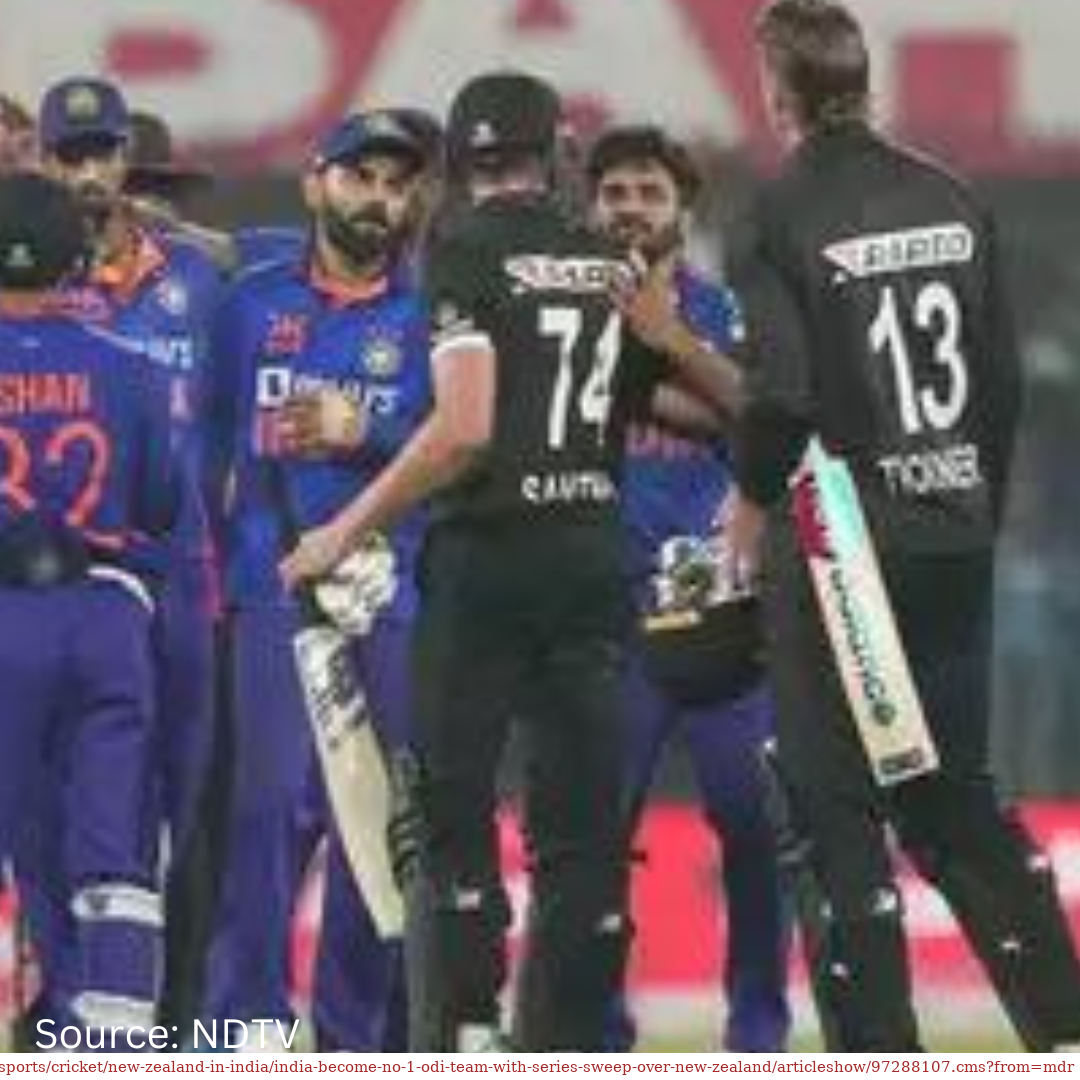 India has achieved a historic feat by becoming the World's number one One Day International (ODI) team following a Series sweep over New zealand. The Indian team defeated New zealand in the third and final ODI match at Visakhapatnam by seven wickets on Saturday to Complete the 3-0 Series sweep and claim the World's number-one ranking. The victory was made possible by an acceptable all-round performance from the Indian team, with Rohit Sharma top-scoring with an unbeaten century.