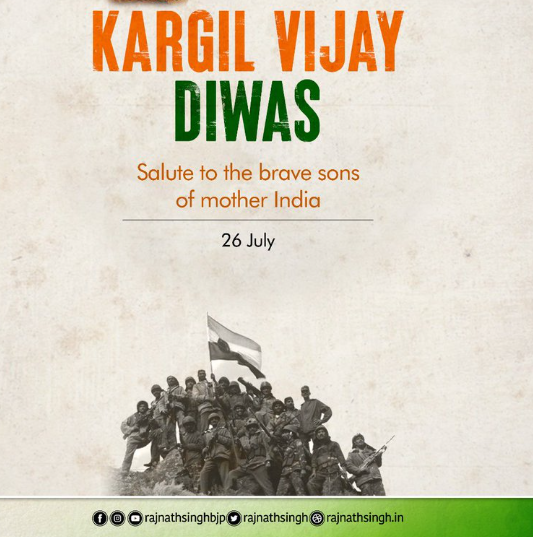 On Tuesday, India observed 23 years of 'Operation of Vijay' and mark the country's victory over Pakistan in the 1999 Kargil war. Defense minister Rajnath Singh with Army chief General Manoj Pande and others saluted the officers martyred in the war. Rajya Sabha MPs also gave a silent tribute to the soldier who fought in the 1999 Kargil war in the Upper House during the Monsoon  session of Parliament. Candles were also lit at Kargil war Memorial.