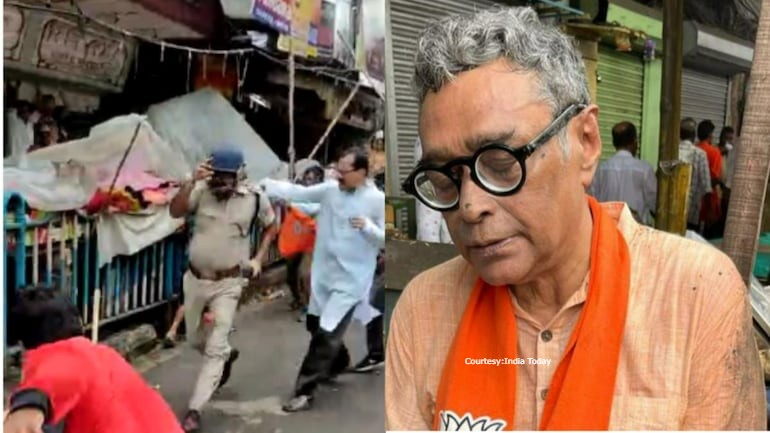 Numerous BJP leaders and workers were injured in a 'Protest rally against Corruption' being carried out in West Bengal on September 13. Many videos surfaced online in which a violent mob could be seen throwing stones and bricks at the crowd. They also attacked police Cars with lathis and set them on Fire.