BBC documentary: Stones pelted on those watching it on their phones 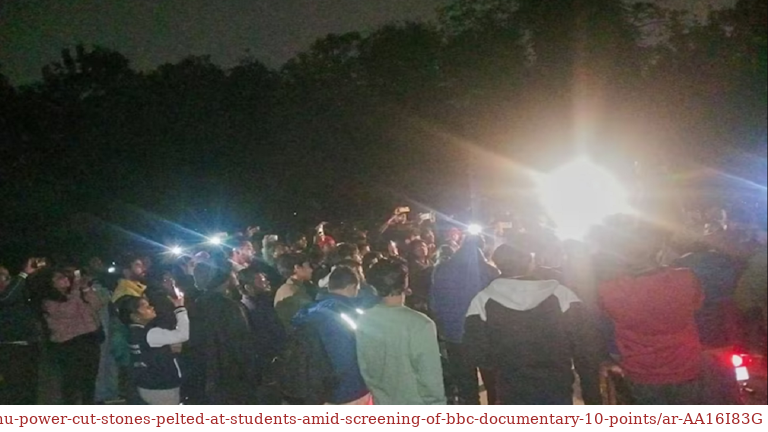 BBC's Documentary on the Gujarat riots and PM Modi has stirred Controversy. There was a plan of some Students to screen this Documentary in the JNU campus. But due to a Power cut and an Internet problem on Tuesday, this plan did not succeed. Stones were pelted on people who were watching it on their Phones.