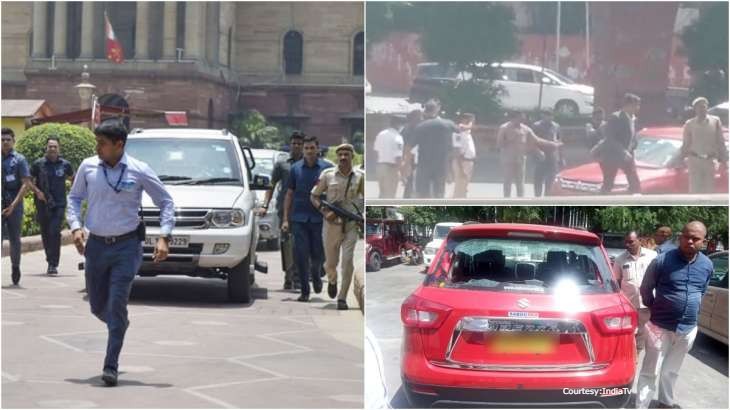 A security breach of AMIT SHAH has come to light recently. In front of AMIT SHAH cavalcade TRS Leader Gosula Sribivas parked his SUV. After this incident, his SUV of Srinivas had to be moved after security AMIT SHAH asked him to do so. Srinivas told that this thing happened as he was already under tension.