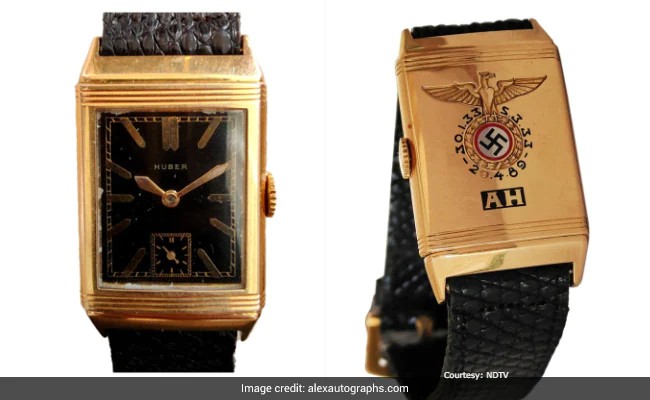 A watch reportedly that was of Adolf Hitler was sold in an auction in the US at a whopping amount of $1.1million. It is a Hubber watch that has been sold to an anonymous bidder. It has swastika and AH initials engraved on it. It is a reversible watch of gold and is believed to be a gift given to Hitler on his 44th birthday.