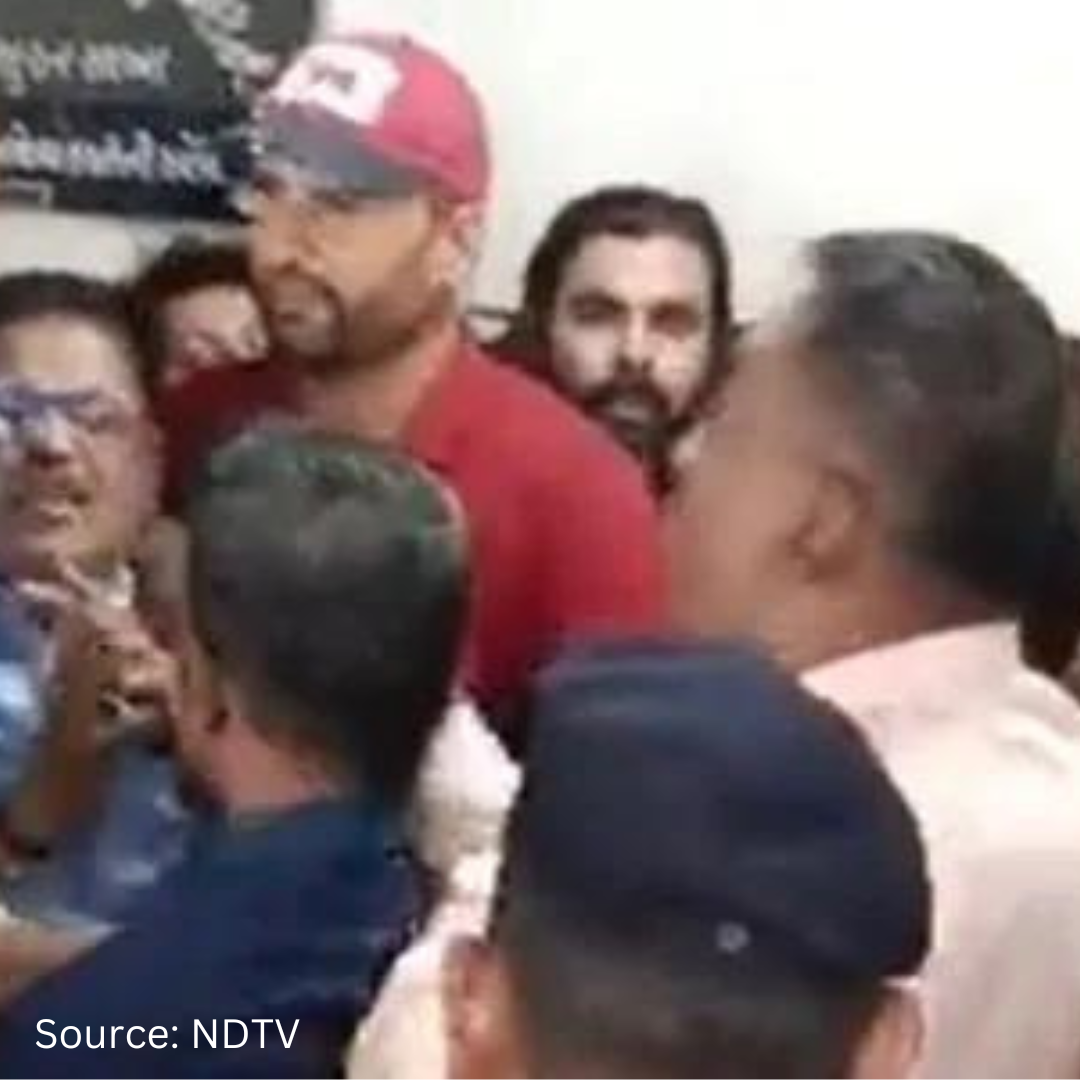 Aam Aadmi Party's candidate from Surat East has withdrawn his nomination for the upcoming Gujarat Assembly Election amid the abduction claims on some top AAP Leaders. In a video that was shared by AAP National spokesperson Raghav Chadhav, Surat (East) candidate Kanchan Jariwala got surrounded by some unidentified persons and some police personnel that can be seen entering RO office while withdrawing his nomination. At a press briefing earlier Today, Chadha had also Accused some BJP members of abducting Jariwala and taking him at an undisclosed Location.