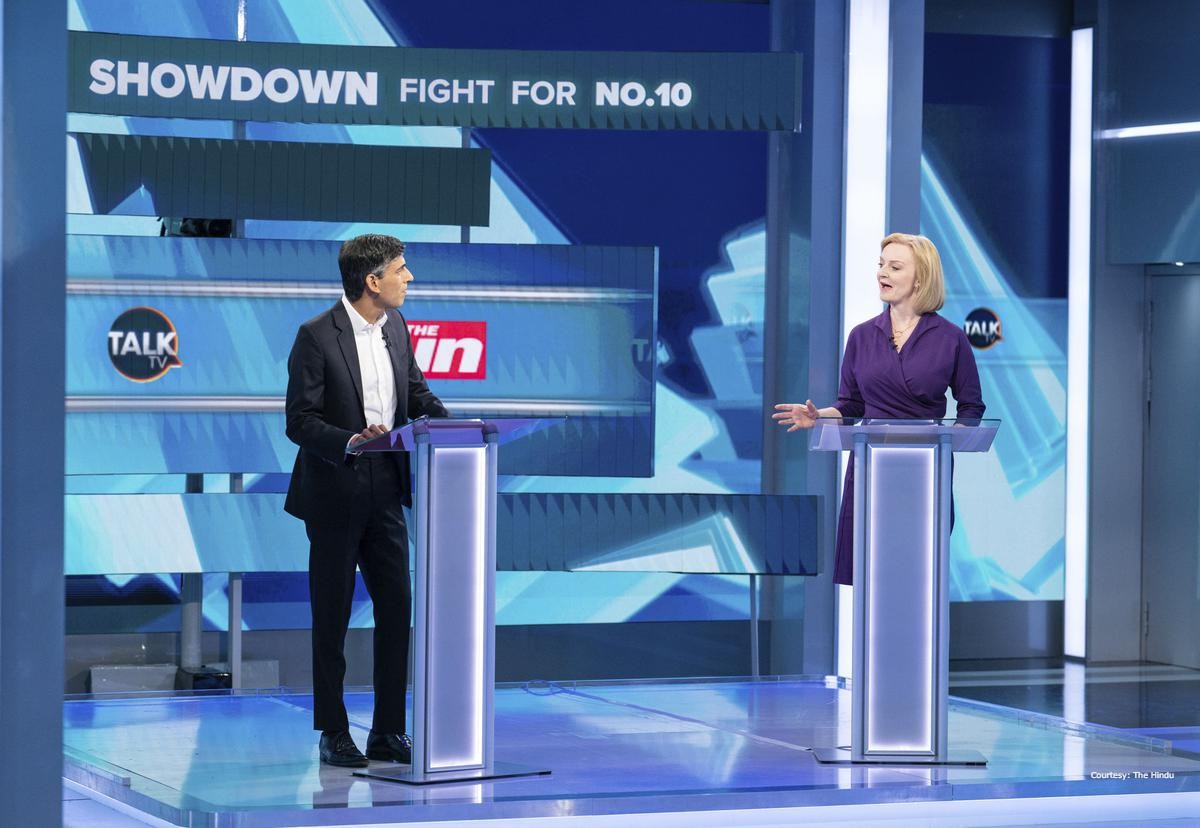 A debate between the two candidates in the race for UK's new Prime Minister has to be ended abruptly after the presenter of the show fainted. A live debate was going on between the two for 30 minutes when two when a loud crash sound was heard in the studio. At this time camera focus was on Ms. Truss, one of the candidates.