200 Muslims gather outside a temple in England to stage protest 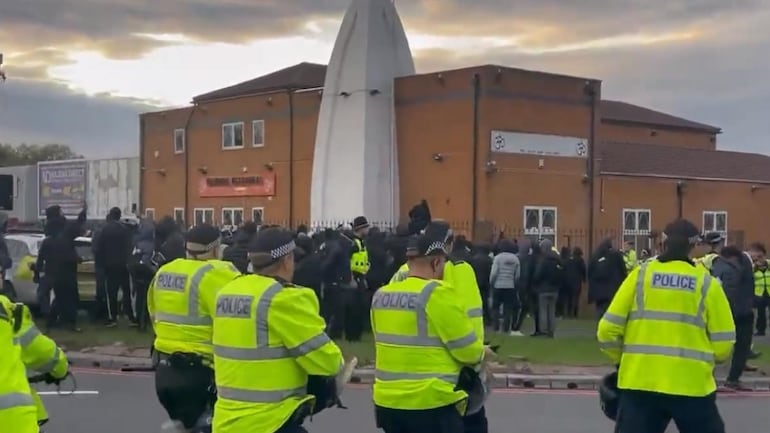 200 people from the Muslim community gathered in a temple in West Midlands, England, and planned a Protest for September 20. The videos went viral on social media where a large gathering could be seen heading towards the Durga Bhawan Hindu Centre. People could also be heard saying 'Allahu Akbar'.